Thorough calf rearing is essential for a good performance as a dairy cow. With a high feeding regime and an all-in, all-out housing in small, fixed groups, calves perform best. This according to research by the Dutch Dairy Campus/WUR with 224 breeding calves in four different rounds. VDK Agri’s outdoor housing in group hutches came out well in this investigation. The calves grew significantly faster and less antibiotics were needed. All-in, all-out with small, fixed groups seem to be an important key to success.

Dairy Campus (part of Wageningen University & Research in the Netherlands) conducted research from 2016 to 2018 into the development of an innovative calf rearing concept: Innocalf. This study examined the contrast between alternative and regular calf rearing. Below we explain the difference:

VDK Agri focuses on housing for calves during the first four months of life. In the trial we weighed at 9 and 18 weeks of age in relation to this period. Calves housed in VDK Agri group hutch turned out to be on average 3.1 kg and 8.5 kg heavier than the calves housed regularly at these times. It also turned out that on average, the calves in VDK Agri housing needed significantly fewer days of treatment with antibiotics than the calves in the regular housing (0.8 versus 2.79 treatment days).

Trial results up to 18 weeks 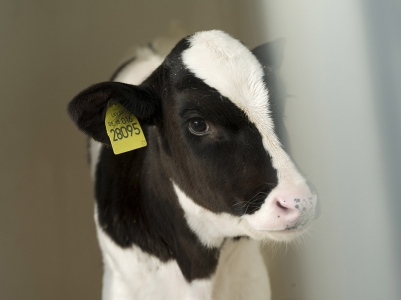 On January 25-27, Moscow will host the Agros Expo 2022 international exhibition of animal husbandry, breeding and forage production. We invite you to familiarize yourself with our bestsellers - Comfort and Open Top Premium calf hutches! Booth K36,...

Filip and Anja from dairy farm De Brabander LV Filip (49) and Anja (47) De Brabander-Vandierendonck have enjoyed running a dairy farm with 260 dairy cows together in the municipality of Zomergem (Lievegem) Belgium for the past 27 years....

Reduce labour by up to 20% in the first four months

Investments in practical housing pay off. Calf rearing is a labour-intensive part of running a dairy farm. Proper calf rearing requires attention and care. Yet at many farms, it's possible to greatly reduce the amount of work. Labour savings...

In recent years, more and more attention has been paid to how calves are fed. This is not surprising, considering that the care given to young calves will determine their performance as dairy cows in the future. Research has shown that intensive rearing...

Choice of materials determines lifespan. Calf hutches made from plastic or polyester: What will you choose? At first glance, they might seem similar. Yet there is a world of difference. Arjan Harbers, Sales Manager at VDK Agri,...

VDK Agri has won a 2020 Innov’SPACE for the Open Top Premium Single and Duo! Our colleague Jean Bernard Béranger received the award yesterday.

VDK Agri launches not one but three new products, among which a new line for indoor accommodation. These calf pens are suitable for dairy farmers who want to keep calves indoors or under a roof. The products were developed on the basis of the latest...

A calf is continuously surrounded by micro-organisms. Only a few of those are true ‘pathogen’ and can, therefore, cause diseases. In order to keep these pathogens away, we aim for the highest possible level of hygiene. ...